A child invites Mom to play dolls with her. Through play, she reveals her feelings about being separated from her Mom due to attempted parental alienation, and an unjust Family Court ruling…  I went for nearly 2 months with no contact with my children. No phone calls. No visits. We didn’t even celebrate Mother’s Day together.

The effect on the kids– Both kids felt guilty, and hurt that they could not see me on Mother’s Day. My daughter was angry for missing out on time with me. My teenage son, took my hand in his, cuddled against my side, and put his head on my shoulder; he just wanted Mom. My son is growing so fast, yet he hugs me so tight I can hardly breathe…and yet he is so tender-hearted that it almost like he is a little boy again. The one I tucked into bed at night, we curled up side by side to say our prayers, and talk about how our day went. When my son was a baby, I was still in college. I remember holding him on my lap, with a text book on one knee. We curled up in the covers..in between “Hush a Bye” I read sociological theory. I would stroke his golden hair until he was lulled to sleep, then turn back to my notebooks, my pen scratching across the paper… I was once a stay-at-home mom now I am almost a stranger to my children.

My daughter had a different way of dealing with her feelings: playing with her dolls. My daughter begged me to play Barbies with her. Since I have 3 children, I try to balance all of their needs. My toddler set up his train tracks in a maze all over the living room floor, he was all excited to take Barbie for a ride! My older son is playing music videos, he wants to show me all his favorite songs. (I do my best to listen to my kid’s music when they are not home so I am familiar with the songs, and have something to share in common with them. This has really helped maintain a bond.) 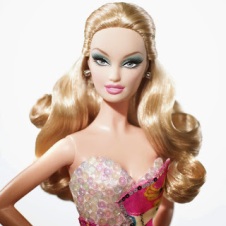 Daughter pulls out her favorite dolls, dressed to impress in glamorous evening gowns with stacked plastic heels. Each doll has her hair carefully styled, my missing binders and clips can all be found in her high curls jutting from her head like a runaway Jack-in-the Box. She told me the name of each doll, and who was family. Then she solemnly handed me a doll… she had olive skin and green eyes with long lashes made of dark thread. She was nearly bald with painted on brown hair, somewhere there were wigs for her to cover her shame. The doll wore a white cami with a jean jacket, a red silk diaper and a gold lame cape over the diaper. She had a large gold ring on one hand. “You play Kesha!“, my daughter said

Kesha aka Miz Thang is tough, bratty and frankly, my daughter does not like her much. She only dresses Kesha in the diaper because she wants to show something is wrong with her, that she dresses too provocatively. And Kesha’s feet are jointed, and bend backwards–which she thinks is hilarious because she can smell her own feet!

“Here you go, Mom. You play Kesha the best.”, my daughter says, grinning.

Playing Kesha meant I had to use my Valley-Girl voice, be obnoxious and allow my daughter to embarrass me from time to time. All  in good fun, because she would laugh ’til tears rolled down her face, and I got to play with her. Daughter announced Avery–her favorite Barbie–was throwing an exclusive party. 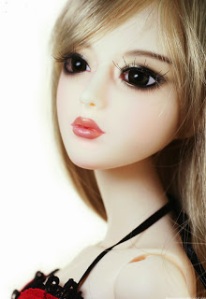 My older son cued up the dance music, the Barbies bounced as the music’s booming bass rippled across the floor. Kesha was not on the guest list (no surprise). So it was up to me, to have Kesha climb into a window of the Barbie mansion and crash the party in her red silk diaper and gold lame cape. Kesha almost didn’t get in but the guard said “Gimme $50 bucks and I will let you in.”  What as a girl to do? Of course, Kesha gave him her fabulous gold ring!

Once in the party, Kesha through the foyer, explaining how luxurious the mansion is. But there on the floor, are all the baby dolls lined up in a row. One next to the other. Their mother dolls thrown in a heap.

Daughter says to Kesha, “Just step on them.”

I reply, ” That’s mean! Why would I step on the babies? I’d never step on you or your brothers.”

I couldn’t contain my reaction. I gasped. Kesha dangled in one hand, her foot spinning like a top. “What do you mean she doesn’t want them? Look at how cute they are!”

Daughter quickly goes into her defensive mode, which means something really is bothering her. Her eyes grow hard, squinting slightly as if anticipating a fight. She starts to correct herself, talking so fast her words are a blur. She says things that don’t make sense, clearly trying to change her story to hide what she really meant. Daughter’s voice rises, she is quick to talk back…and if you say the wrong thing, she will stomp off to her room. I have seen this happen so many times, I know when she needs extra care versus her truly needing discipline. This was a time for extra care.

Son is telling me about this song I have to hear. Then daughter starts to throw the baby dolls at me. She says Barbie does not want them, you take them home, you adopt them. And in this pink mansion full of dancing dolls, wearing beautiful ball gowns in a rainbow of colors, Barbie is suddenly alone with no children.

And I knew what my daughter meant because soon after, she was begging to stay overnight..she didn’t want to go to her father’s house.. she wanted to be with Mom. And as the clocked ticked closer to our good-bye, closer to bringing her back to her father, she became tough once more. Sassy. Tough. Provocative. Just like Kesha.

And all those dolls were facets of my beautiful little girl… the beautiful Avery with her make-up applied with perfection, the bouncy curls, the princess gown. Popular, happy. The perfect life. 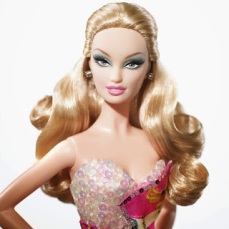 The baby dolls stepped on by everyone at the party, unwanted, taken from their mother.

And the tough Kesha…she was the most vulnerable of all…because if she stopped fighting, she might get hurt. If she let anyone close, they could break her heart. If she was beautiful, she would not have a perfect life, the life she wanted. So she would just be ugly.

And daughter asked me, her Mom, to play with this flawed doll, she directed the doll’s attitude, her feelings..and gave them to my care. Then she asked doll with so many scars, someone she did not even like very much, to adopt her babies. Why? Because despite everything that has happened, my daughter trusts me–her Mom. She knows that I love her. And that I am strong enough to take her pain, and for a time, the unlovable Kesha is loved. And for a time, she can laugh…and imagine what it would be for Kesha to be more like the perfect life Avery.

My daughter begged stay home with me until the moment she saw her father… Then when her father pulled up in his car, she put on a fake smile, ran over to the car door, and waved good-bye. I saw my very emotional, hurting child change to a happy, giggly girl in less than a minute. It broke my heart to see my daughter acting as plastic as the Barbies. I wondered how hard she had to pretend that everything was really okay in her father’s home. 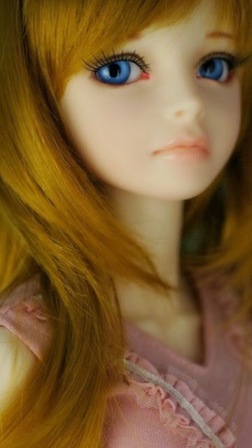 It takes "Just Us" To Fight Injustice in Family Court. I blog to raise awareness about problems existing in the family court system, and use my own story as a personal example of how the systemic failures in family court, and the Guardian ad Litem Program, affect families, in an effort to encourage needed reform. Written by a survivor of domestic violence and homelessness working to create a better life for her children, in a stable home free of violence. In her efforts to rebuild her life, she has not only encountered harassment and intimidation from her alleged abuser but faced systematic failures in family court that have empowered her alleged abuser and put her children at risk. She is now fighting to keep her kids safe, and bring them home. Through writing and blogging, FCI is working to raise awareness about domestic violence, and the urgent need for family court reform. She is currently working on a memoir titled "'Til Prayers Are Answered".
View all posts by Emily Court →
This entry was posted in Our Family Albulm and tagged affects of domestic violence on children, child trauma, dolls, Domestic Violence, family court, family court injustice, family court trauma, Grief, grief and divorce, Loss, loss of mother, Maternal Deprivation, Parental Alienation, parental alienation and children, parenting after divorce, single parent, trauma play, using children as pawns. Bookmark the permalink.

3 Responses to The Children Barbie Didn’t Want: Child Copes with Loss of Mother