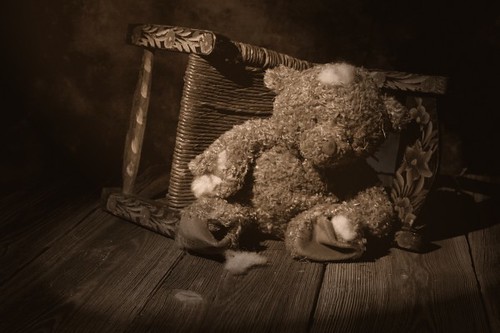 October 2015 (Alberta, Canada): In a case of tragic justice, an Alberta judge has found a 13 year old boy not guilty of second-degree murder after he fatally shot his abusive father in order to save his mother.

In making his ruling, Justice Paul Jeffrey of Court of Queen’s Bench said, “The first shot taken by H was in defence of and to protect his mother, to avoid her imminent murder if he did not intervene…I find the second shot was in defence of himself and also his mother, because the first was insufficient to restrain his father’s aggression, by that time headed towards him. There is far more here than a reasonable doubt having been raised.” The boy is referred to as “H” because he cannot be named under the Youth Criminal Justice Act.

The father had a long history of committing abuse and brutality against his wife and children.

The Global and Mail reports several incidents of abuse as happening in the home “Court heard the father had a long history of viciously beating his mother, including knocking her front teeth out with a belt buckle, breaking her nose and choking her so severely that she almost died in hospital.

The man beat one his daughters, knocking her into a bathtub, causing her to miscarry.

He also whipped the boy and one of his brothers with an antenna and wire.

The father often locked the boy, his siblings and their mother in a room for up to two days.” (Source: Alberta judge acquits boy of murder who shot abusive dad to protect mom) By all accounts, the wife and children lived in constant fear. The father is also reported to be a heavy drinker. The mother is reported to have a permanent bump on her head after her husband knocked her in the head, he had also broken her nose on 3 separate occasions. H says the beatings began at age 7, before then he surely witnessed violence or had been subjected to emotional abuse, and other forms of abuse.

On the day of the shooting, the man was beating his wife. The mother was in a weakened state, having just returned home from the hospital after being put on life support after another incident where she was choked by her husband.  13 year old H got a 30/30 Winchester from his grandfather’s bedroom in order to protect his mother. The father saw H with the gun and then threatened to kill both the mother and son. That is when H fired the fatal shots, the first shot entered the stomach. When the father continued to advance toward H, he fired again. H then picked up his baby sister and fled the home.

The boy, H now age 15, will be freed after spending more than two years in custody at the Edmonton Young Offender Centre.

If you are involved in an abusive relationship, or have concerns about your safety of that or your children due to a violent partner, please seek help or support. There are many options available for safe, confidential support, advocacy and legal services.

If you have concerns or have witnessed possible domestic violence or child abuse in the family of a friend, family member, neighbor or someone you know, please make a report or seek professional advise, coming forward could save a life.

“Abusive father killed by teen to save mother, judge rules” by Lokalee Reporter

‘Alberta boy, 13, had no choice but to kill his father to save his mother from ‘imminent murder’: judge’ by Ryan Cormier, Postmedia News

It takes "Just Us" To Fight Injustice in Family Court. I blog to raise awareness about problems existing in the family court system, and use my own story as a personal example of how the systemic failures in family court, and the Guardian ad Litem Program, affect families, in an effort to encourage needed reform. Written by a survivor of domestic violence and homelessness working to create a better life for her children, in a stable home free of violence. In her efforts to rebuild her life, she has not only encountered harassment and intimidation from her alleged abuser but faced systematic failures in family court that have empowered her alleged abuser and put her children at risk. She has spent over a decade trapped in family court until her children finally aged out of the system. Through writing and blogging, FCI is working to raise awareness about domestic violence, and the urgent need for family court reform. She is currently working on a memoir titled "'Til Prayers Are Answered".
View all posts by Emily Court →
This entry was posted in Child Abuse, Crime, Domestic Violence, Legal News and tagged Alberta Judge Acquits Boy of Murdering Abusive Father, Battered Women, Child Abuse, child trauma, Child Witness to Domestic Violence, Court of Queen’s Bench, Crime, Domestic Violence, Domestic Violence Resources, family violence, Justice Paul Jeffrey, Legal News. Bookmark the permalink.