(Fayette County, Kentucky: 1/06/2017): Controversial Judge Timothy N. Philpot, 22nd Judicial Circuit, who admits,”I was Mr. 2.9 GPA. I barely made it into law school...”  is given a public reprimand by the Judicial Conduct Commission.

The complaint resulted after Judge Philpot required that divorcing couples with children “participate in special hearings to determine if their marriage is irretrievably broken“; while couples without children were not subjected to hearings.  Public Reprimand Judge Philpot – KY

Judge Philpot was also found to have given confidential information about family court cases, which were not public record, to 3rd parties for “independent research and teaching duties“. Findings from the Judicial Conduct Commission did not include whether Judge Philpot received any financial or other benefit from providing this sensitive information to still unnamed sources.

The Judicial Conduct Commission has determined that Judge Philpot has engaged in misconduct and violated judicial conduct codes in the following ways:

The Judicial Conduct Commission had the option to suspend Judge Philpot without pay, and to remove him from the bench. They chose to give him a public reprimand.

In layman’s terms, Judge Philpot used his family court as a lab and experimented on families appearing before him, like guinea pigs. 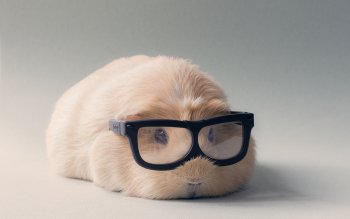 Clearly Judge Philpot is using human lives to advance his own agenda: When divorcing couples appeared before Judge Philpot, the merits of the case, and the facts, were not made a priority. Instead, Judge Philpot evaluated families, who without their knowledge or consent, became part of a social experiment. Families with children were forced to attend “special hearings“. The information gathered from the court cases were then sold or given to 3rd parties for “independent research and teaching duties“.

Questions That Need to Be Answered:

Since Judge Philpot was acting outside the functions of his judicial duties, he does not have immunity, and could be subject to civil action.

In my opinion, a public reprimand does little to address the severity of these offenses, Judge Philpot should have been dealt with more harshly. Think about it – the information that Judge Philpot handed to “researchers” could later be used in studies about divorce or family court, and could affect public policy. Or be used in expert testimony.The research could even shape the outcomes of divorce and custody proceedings in the future.

That Judge Philpot, a family court judge, is involved in unethical human experimentation conducted through proceedings he presided over should result in immediate disbarment.

Think about it – how many rulings were affected by this “research”? How many parents lost custody? How many parents had visitation with a child restricted? Not to mention possible violations of Constitutional rights…. Does the Judicial Committee have an understanding of how serious this is? To give Judge Philpot just a reprimand does NOTHING to address the toll his misconduct has had on human lives, on the futures of children.

This is not the only instance that Judge Philpot has used court cases that appeared before him for a personal advantage – he also “started having fun” and wrote a tell-all book based on his experiences as a family court judge: Judge copies plot from his novel in some divorce cases before his court by Tom Eblen

Judge Philpot also publicly states that he believes that he is a on a mission from “god” and was divinely appointed to be a family court judge:

“Sue and I prayed this prayer: “Lord, put me in the middle of the mess.” Let me tell you, Family Court is as messy as it gets…

Families should not be there, but of course, they are there every day. A lot of poor people with serious issues, a lot of rich people spending their last dollars to fight with each other over who gets what, a lot of families with children being taken away and going into foster homes. Termination of parental rights, nasty, nasty, nasty divorces, domestic violence—stuff that would shock most people if they walked in to witness it just one time.

And there I am. No jury. Just me and the mess.

One hundred years from now, I truly believe I’ll be in heaven.” My Life as a Loser by Tim Philpot

To let Judge Philpot off with a “reprimand” does not assure the public safety. Nor does it address the violations of privacy that were inflicted on the families who were victimized by this out of control judge. The families involved certainly deserve to be notified that their information was stolen and used in research. Judge Philpot should also recuse himself from cases in which he was found to have engaged in misconduct.

Judge Philpot has drawn widespread criticism … you only need to do an internet search on his name to find other areas for concern.

Concerned citizens have taken to social media to expose Judge Philpot on the following blog:  A site to discuss judicial misconduct by Timothy N Philpot a judge in Fayette Family Court/

In this video Judge Philpot makes a joke about having sex with a judge, that turns into a joke about incest, stating “you’re not allowed to have children with your father, that is still a crime in Kentucky..”

In this video Judge Philpot ADMITS that “more than once” the murder of a child resulted after a custody order he issued … WHY is this happening? In several states, CPS has been investigated after a child was murdered in state care, with lawmakers working to address the system’s failures. Yet Judge Philpot ADMITS a child was murdered “more than once” after a custody ruling, and no one in Fayette County is investigating what went wrong???

It takes "Just Us" To Fight Injustice in Family Court. I blog to raise awareness about problems existing in the family court system, and use my own story as a personal example of how the systemic failures in family court, and the Guardian ad Litem Program, affect families, in an effort to encourage needed reform. Written by a survivor of domestic violence and homelessness working to create a better life for her children, in a stable home free of violence. In her efforts to rebuild her life, she has not only encountered harassment and intimidation from her alleged abuser but faced systematic failures in family court that have empowered her alleged abuser and put her children at risk. She has spent over a decade trapped in family court until her children finally aged out of the system. Through writing and blogging, FCI is working to raise awareness about domestic violence, and the urgent need for family court reform. She is currently working on a memoir titled "'Til Prayers Are Answered".
View all posts by Emily Court →
This entry was posted in Family Court Injustice, Family Court News and tagged 22nd Judicial Circuit, abused by the courts, Bias, child custody, corrupt judge, Divorce, Divorce Racket, family court, Family Court Failures, Fayette County, Fayette Family Court, Greed, Injustice, Judge Philpot, Judge Philpot Reprimand, Judge Timothy Philpot, Judicial Accountability, Judicial Misconduct, Kentucky, Narcissist Judge, out of control judges, Social Experiment, The Judicial Conduct Commission, Tim Philpot. Bookmark the permalink.