Father’s Day When Your Children’s Father is an Abuser

This was one of the most difficult posts I have written… but after being continually emotionally and psychologically abused by Martin Hegland and seeing him use the children as a human shield in his war against me… I won’t be silent no longer.

Martin – When I think of you on Father’s Day bile comes up in my throat. The mention of your name, your presence in my life is so toxic that it causes my mouth and esophagus to burn with acidic memories.

Perhaps the fiery sting is what you will one day look forward to when you face judgment in a Court with much more authority, and power, than the corrupt family court in Hennepin County, Minnesota, that has awarded a identified abuser sole custody of the two children he has harmed so severely that both were diagnosed with PTSD. 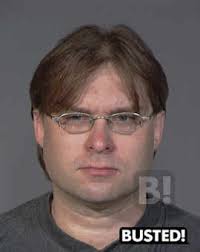 F – Fat… the image of sweat dripping down rolls of fat, pale and white as a whale belly … Martin’s large hands squeezing the tops of my arms. The spiky red shag carpeting rising from the floor like fire. The silence. I dared not to to speak. Or make a sound. The desperate attempt to escape by pushing thought and feeling into a small wisp of smoke that escaped into the cracks of the ceiling tile.

It was Christmas, and we were visiting Martin’s neurotic mother Marian who lives in Virginia. Martin’s anger intensified with her presence, he recalled her physical and mental abuse of him as a child.. and the cycle repeated into our family. We were staying with Marian for a few days over the holidays, along with our new baby, just a few months old. We slept in a wood paneled bedroom decorated in 1970’s style, that carried the dust of a bygone era. At the end of the bed was a playpen where the baby whined, small hands waving frantically in the air.

I hoped that after the birth of our first child that things would change. Instead I found myself subjected to another degrading episode with Martin. It didn’t matter that I objected, that I said no…that the baby needed attention.. Martin looked at my brown skin and told me I better get used it because quote “People in Africa do it in front of their children all the time…” He made me feel so dirty and degraded. These words remind me of something a cruel master would say to a slave…ironically the slaveholder that kept my ancestors enslaved has the last name Martin. So I counted the minutes until time blurred and the numbness finally took me away.

A – Answers… there are no answers for so many things. Like what happened to my child at 3 years when I was in the hospital for a week dealing an illness and she was left alone in the care of Martin. When I came home, the house was a terrible mess and both kids looked neglected. Martin complained then promptly left. I was so weak I could barely stand but mustered the strength to clean the house. I knew Martin would be angry if the house was a mess so I literally dragged myself across the house cleaning dishes crusted with food, toys strewn across the room (many broken or swept into piles of garbage), and hefting loads of laundry into the machine while reeling with nausea. In between tasks I fed the kids because they complained of hunger and read to them from their favorite books.

But there was one thing I could not fix… my daughter was strangely quiet and unusually angry. Child resorted to making tense one syllable noises. Or staring me down. Her vocabulary was reduced to “Stupey!” and “Fuckey!” and “No!”. My daughter, once chatty and outgoing, now barely spoke to the point she became speech delayed. She was visibly hostile. And lost the sparkle she once held – her energy turned to anger.

Only after leaving did my daughter slowly begin to speak… she would repeat over and over in a sing song voice “Daddy call me stupey” and “Daddy call me fuckey” and “Daddy said shud up…” When she played with dolls she slammed the male doll to the floor. The female doll cried or ran away. The therapist noted there were themes of “power and control” in her play. Still a toddler she was recommended for therapeutic preschool. While most preschoolers learn their ABCs or how to cut and paste, my daughter learned how to talk about feelings, calming techniques and safe hands/safe words.

T – Torment when Martin slammed our 4 year old son down on the bathroom floor, shoving his face into the floor smeared with his tears and snot. The shrill, high pitched cries of DJ were lost in an onslaught of rage. Martin held my son’s slender arms and legs behind his back, pinning him down “hog tie” then placed a hand on the back of his neck. Martin swore, threatened.. and yelled “You are not the boss! I am the boss! Do you understand me? I am the boss!” My son screamed he could not breathe. He attempted to wriggle away. Martin would not relent, until he finally broke.. and in a robotic, whimpering voice he desperately cried “DaddyisthebossDaddyisthebossDaddy…”

H – Haunted, my child was haunted by abuse and begun to re-enact the rage and violence his father inflicted on him. Child would yell, swear and break things… he told the therapists “I want to be the boss just like Dad.” Therapist notes state that child was acting out because he had been a victim to or had witnessed domestic abuse.

E – Evil is a family court that would give sole custody of two traumatized children to an identified abuser and punish a protective parent for reporting safety concerns.

After being assaulted by Martin, I fled the home with two small children… becoming homeless in order to escape. I worked hard to get help for my family, and to rebuild our lives, even securing permanent housing. In my care, the children were started to heal and make progress.

Then Hennepin County Family Injustice Center awarded Martin sole custody; devastating our family. At the time of the order over a dozen documented allegations of abuse were raised against him. The court ordered psych eval indicated that Martin has a personality disorder. He was a wanted fugitive with a lengthy criminal history. And engaging in a strange relationship with an underage cousin, Lisa, who ran away from home at age 17 to live with him, finishing her senior year of high school while playing wifey with her 42 year old first cousin.

The court then worked to alienate me from my own children, and severely restrict my contact with them – and I am the victim! .

R – Re-traumatized- Children who are separated by an unjust court order from a fit, loving parent (who fought to protect them from abuse) are re-traumatized and exposed to further harm.

I remember an incident that my child reported to me that involved Martin becoming angry and then locking him in the basement and threatening to leave the family if he didn’t act right. My child frantically pounded on the door and begged Martin to come back. From behind the closed door Martin tormented my child, teasing him that he was leaving until the fragile child was hysterical. Martin finally opened the door when my child was begging he would do anything if his dad would only stay. My child disclosed this incident to Rachael Krahn, therapist at Washburn Center for Children. As a mandated reporter, by law, she should have reported the incident. Instead Rachael said “it only happened one time” (her actual words) and excused the incident without a second thought.

How do you say Happy Father’s Day to the person who has inflicted this much abuse and pain onto their own children?

Martin you do not deserve a “Happy Father’s Day”… you are not worthy to be a father to the two amazing children that you continue to abuse. So instead I say F– You on Father’s Day… and leave you with with painful memories that are forever seared in my mind, and cause my stomach to churn even, now, years later…

It takes "Just Us" To Fight Injustice in Family Court. I blog to raise awareness about problems existing in the family court system, and use my own story as a personal example of how the systemic failures in family court, and the Guardian ad Litem Program, affect families, in an effort to encourage needed reform. Written by a survivor of domestic violence and homelessness working to create a better life for her children, in a stable home free of violence. In her efforts to rebuild her life, she has not only encountered harassment and intimidation from her alleged abuser but faced systematic failures in family court that have empowered her alleged abuser and put her children at risk. She is now fighting to keep her kids safe, and bring them home. Through writing and blogging, FCI is working to raise awareness about domestic violence, and the urgent need for family court reform. She is currently working on a memoir titled "'Til Prayers Are Answered".
View all posts by Emily Court →
This entry was posted in Abuse Allegations & Documentation, Child Abuse and tagged #OpFamilyCourt, Abuser Awarded Custody, Child Abuse, Child Abuse Allegations in Child Custody, Co-Parenting With An Abuser, Crooked Courts, domestic abuse, domestic violence by proxy, Expose Family Court, Family Court Injustice Minnesota, Family Court Services, Family Law, Hegland, Hegland Minnesota, Hegland Virginia Minnesota, Hennepin County Family Court, Hennepin Family Court, legal abuse, Legal Trauma, Martin Hegland, Martinizer, Maternal Deprivation, the tile artisan, Tile Artisan, Toxic Parents. Bookmark the permalink.