Child Survivor of “Reunification” Speaks Out: “I Want to Save Other Children..” 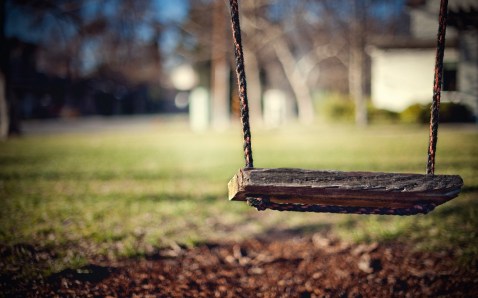 MY STORY: I have similar experiences in family court with my children, who are also victims of physical and emotional abuse from their father. The children were not formally entered into a reunification program but the reunification agenda underlined every action of the family court; and caused significant harm to the children, and to my relationship with them as a mother.

As a result of escaping the abuse, I became homeless with two traumatized children… I could not imagine how much our troubles would escalate when we became involved in family court proceedings. When I bravely spoke out about the abuse, after over 8 years of imposed silence, the family court not only failed to protect my children but assisted the abuser in gaining custody.

My children also spoke out about the abuse, and displayed emotional and behavior symptoms consistent about abuse. While I fought to get help for my children, and rebuild our lives, free of violence, the family court placed my children back into the danger.

After forcing reunification on my children, they both de-stabilized, and suffered from PTSD, anxiety and other behaviors. While in supervised visitation, both children showed fear and anger towards their abusive father. As a result of the court’s actions, my precious son had a breakdown – at just 6 years old – and required hospitalization. While in the hospital he continued to disclose abuse from his father, even stating “I learned my tantrums from my dad” and recalling his “worst memory” as the time he witnessed his father physically assault me (all documented). My son said he felt “guilty” that he could not protect me… I now feel guilty that I could not do enough to protect him, and his sister, from continued abuse by their father, and the predatory family court.

(Michigan) Hannah Mills was 15 years when forcibly taken from her mother and court ordered to attend a reunification program in California called Family Bridges.

Hannah recalls witnessing her father physically and verbally abuse her mother, and says tension was high in the home. Hannah was also a target of abuse, and recalls that her father once told her “you are a mistake”. CPS was called when Hannah reported that her father deprived her of food as punishment but failed to investigate further because her father didn’t use “sticks or weapons” against her, so his treatment was not considered abuse.

As a freshman in high school, Hannah was so despondent at the thought of visiting her father that she considered suicide and began cutting herself. Her younger brother also struggled with being forced to visit the father.

Instead of protecting the children, CPS worked to force the children to visit their father – going so far as to make recommendations to the judge that included ordering the mother Candy (Mills) Mezey into community service if the children continued to refuse to see their father. Candy’s efforts to protect her children did result in her being thrown in jail, overnight. Hannah recalls she felt guilty that her mom was in jail, and would do anything to protect her.

Hannah has finally escaped her abusive father and is now telling her story in an effort to “save other children”.

It takes "Just Us" To Fight Injustice in Family Court. I blog to raise awareness about problems existing in the family court system, and use my own story as a personal example of how the systemic failures in family court, and the Guardian ad Litem Program, affect families, in an effort to encourage needed reform. Written by a survivor of domestic violence and homelessness working to create a better life for her children, in a stable home free of violence. In her efforts to rebuild her life, she has not only encountered harassment and intimidation from her alleged abuser but faced systematic failures in family court that have empowered her alleged abuser and put her children at risk. She is now fighting to keep her kids safe, and bring them home. Through writing and blogging, FCI is working to raise awareness about domestic violence, and the urgent need for family court reform. She is currently working on a memoir titled "'Til Prayers Are Answered".
View all posts by Emily Court →
This entry was posted in Child Abuse, Domestic Violence, Family Court Injustice and tagged #OPExposeCPS, Abuse, abuser win custody, Child Abuse, Child Abuse Allegations, child abuse awareness, CPS, CPS Failures, Failure to Protect, False Allegations, Falsely Accused PAS, Family Bridging, Family Court Child Abuse, Family Law Failures, family violence, Hannah Mills, Judge Matthew Stewart, legal abuse, Parental Alienation, PTSD in Children, Re-Traumatized, Reunification Therapy, Violence in Family Court. Bookmark the permalink.

5 Responses to Child Survivor of “Reunification” Speaks Out: “I Want to Save Other Children..”