“I will be presiding over the destruction of your family, which is why we call it ‘family court’..”

“Family Court Orientation” by Don Rufty is a powerful video to raise awareness of the injustices of the family court system.

The video is narrated by “Judge Roy Bing” who symbolizes the corrupt judges of family court. “Judge Bing” reveals common ways family court proceedings violate the law, and Constitutional rights of parents; and the “big business” of removing children from the custody of parents. 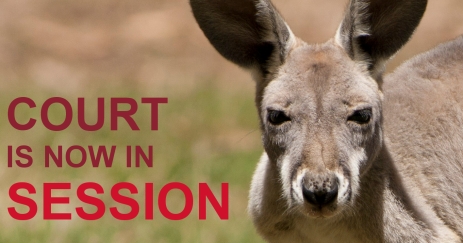 It takes "Just Us" To Fight Injustice in Family Court. I blog to raise awareness about problems existing in the family court system, and use my own story as a personal example of how the systemic failures in family court, and the Guardian ad Litem Program, affect families, in an effort to encourage needed reform. Written by a survivor of domestic violence and homelessness working to create a better life for her children, in a stable home free of violence. In her efforts to rebuild her life, she has not only encountered harassment and intimidation from her alleged abuser but faced systematic failures in family court that have empowered her alleged abuser and put her children at risk. She has spent over a decade trapped in family court until her children finally aged out of the system. Through writing and blogging, FCI is working to raise awareness about domestic violence, and the urgent need for family court reform. She is currently working on a memoir titled "'Til Prayers Are Answered".
View all posts by Emily Court →
This entry was posted in CPS/DHS, Family Court Injustice and tagged #P4P, child custody, Courts, CPS, Crooked Judges, Don Rufty, family court, Family Court Abuse, Family Court Corruption, Family Court Orientation, Family Court Reform, Injustice, Injustice System, Kangaroo Court, Punished 4 Protecting. Bookmark the permalink.