Absolute Power and Sexual Abuse: A Survivor Comments on the Kidnapping of Elizabeth Thomas

“The sexual abuse of children is just one part of a system of trickery and abuse created to maintain secrecy, isolation and the offender’s absolute power over the child and all others in the child’s life. The offender sets up a web-like structure of traps, lies and distortions to isolate the victim…” ~ Laurel House

Kidnapping does not always involve a stranger or a man with a gun…a predator who knows how to groom, and manipulate can gain the trust of the victim, and lure them away…

After reading news reports about the teen, Elizabeth Thomas, who went missing from her home after being groomed and manipulated by her perverted teacher, Tad Cummins, my first reaction was: this reminds me of the abuse I have survived. My second reaction was somehow wanting to scream across the distance to Elizabeth that no matter what was said or done to you, no matter what you were made to believe.. it is not your fault. As an adult survivor, and a mother, I speak from experience… you may not understand now, but trust me, it was not your fault…and it never was. 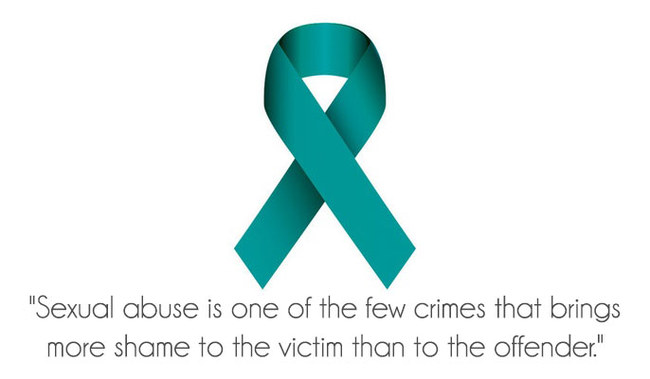 The Kidnapping of Elizabeth Thomas (Maury County, Tennessee):  Elizabeth Thomas, 15 years old, is safely back home with her family after being taken across the country by her 50 year old teacher, Tad Cummins. Thomas was missing for more than a month, and found in a remote cabin in the mountains of Northern California.

The cabin’s care taker initially allowed the pair to stay at the hotel but grew concerned by what he described as “red flags” which led him to discover that an Amber Alert had been issued for Thomas. The caretaker then notified police. In my eyes, the caretaker is a hero. So many people look away when there are signs of abuse or have the attitude of “not my business” or “don’t get involved” and as a result, children are harmed. But he paid attention to the warning signs and made a report, and a child’s life was saved.

Cummins allegedly groomed Thomas from inside the classroom, gaining her trust and even initiating a kiss. Thomas was especially vulnerable to the manipulation of Cummins as she had a history of being bullied by classmates, and because this was her first year in the public school system after being home schooled until 8th grade.

Grooming is the term used to describe the deliberate tactics that predators use to select their victim and then engage in sexual abuse. Grooming is done in such a way that the child may not even realize that they are being abuse because they are conditioned to believe something else that reinforce the predator’s control over them. According to former FBI agent Kenneth Lanning, there are five stages in the grooming process (source NAASCA):

Predators not only groom victims but con, manipulate and groom friends, family, neighbors, professionals – anyone – to gain the trust needed to get access to a victim or to avoid detection. Despite what the predator tries to project, the inappropriate sexual relationship a predator has with a victim is not romantic or consensual – it is abusive, exploitative and causes severe trauma to the victim.

After a 12 year old student made a report about Cummin’s inapropriate behavior, the school launched an investigation and ordered him to have no contact with Thomas. However, on March 13, the pair disappeared. While on the run, Cummins called Thomas by the name “Joanna” and told people that she was his wife, and that she is 24 years old.

Cummins since has been charged on counts of aggravated kidnapping and sexual contact with a minor and remains in custody.

Anthony Thomas, father, claims that Cummins has “brainwashed” his daughter and “built up a system where she was dependent on him.”

In America today, there are an estimated 42 million survivors of childhood sexual abuse.

Ex-Teacher Accused of Kidnapping Student, 15, Rubbed Her Back When They First Met: Teen’s Sister

Missing Tennessee teen’s father: I think my daughter was brainwashed

Missing Tenn. student Elizabeth Thomas is ‘resting’ after reuniting with her family

A Profile of the Child Molester

It takes "Just Us" To Fight Injustice in Family Court. I blog to raise awareness about problems existing in the family court system, and use my own story as a personal example of how the systemic failures in family court, and the Guardian ad Litem Program, affect families, in an effort to encourage needed reform. Written by a survivor of domestic violence and homelessness working to create a better life for her children, in a stable home free of violence. In her efforts to rebuild her life, she has not only encountered harassment and intimidation from her alleged abuser but faced systematic failures in family court that have empowered her alleged abuser and put her children at risk. She has spent over a decade trapped in family court until her children finally aged out of the system. Through writing and blogging, FCI is working to raise awareness about domestic violence, and the urgent need for family court reform. She is currently working on a memoir titled "'Til Prayers Are Answered".
View all posts by Emily Court →
This entry was posted in Abuse Allegations & Documentation, Child Abuse, Crime, Domestic Violence and tagged #NoMore, Abuse Child Custody, Amber Alert, Child Abuse, Crime, Domestic Violence, grooming, Kidnap Teen, Kidnapping, predator, sexual abuse, sexual abuse awareness, Survivor, Tad Cummins, Teacher Abuse, victim blaming. Bookmark the permalink.

1 Response to Absolute Power and Sexual Abuse: A Survivor Comments on the Kidnapping of Elizabeth Thomas